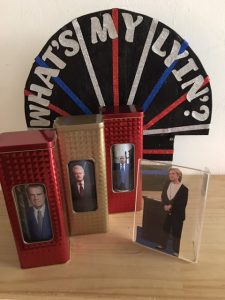 Judy Salton has created “Games Politicians Play” an political satire, leaning heavily to the left, which is meant to entertain, inform and provoke people’s reactions. The work is based on popular games such as Chess & Checkers (Putin & Trump), Trumpopoly, Dominos (the wall), Cards, Risk, Scrabble, and “What’s My Lyin’.”

Karissa Salton has created “The Celestial Bodies Series” with photo collages. She previously exhibited a series called “Women as Forces of Nature” in 2018. In this series she depicts women as celestial beings based on real objects in space. 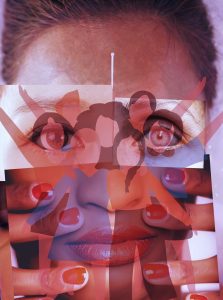 MaryRose: “The Eyes Have It”