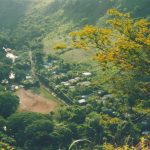 Since the day Triple Cities Carousel launched five years ago, it has been my whole life. Running a newspaper is not an easy task for anybody, but starting one from scratch in the 21st century is as Sisyphean as it gets. I have given my everything to Carousel, and that has more often than not come at the expense of my health, my relationships, my sanity, and … END_OF_DOCUMENT_TOKEN_TO_BE_REPLACED 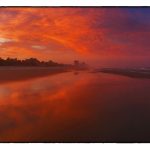 Smartphone Photo Contest & Exhibit at Cooperative Gallery When the first-ever local Smartphone Photo Contest and Exhibit opens at the Cooperative Gallery 49 photographers will show 121 photos snapped on their phones. The state of emergency cancelled First Friday but the gallery is open Fridays 3-6 and Saturdays 12-4. According to Peg Johnston, curator … END_OF_DOCUMENT_TOKEN_TO_BE_REPLACED

It is becoming harder and harder to have a locally owned business and as a consumer, to buy local. Amazon is now the default for many shoppers and is rubbing out any competition be it local or national. An article in The Nation details the many ways the Amazon stacks the deck against entrepreneurs. And, as progressively minded citizens know, local dollars … END_OF_DOCUMENT_TOKEN_TO_BE_REPLACED

Maybe it’s me, but it just doesn’t add up.  What I’m referring to is our Regional Economic Development Council (REDC).  I was never good at math, but I can do arithmetic. In the 2017 Progress Report for our REDC (Pg. #20) there are two tables.  Using these tables I found the following: In the six years between 2011 and 2016 … END_OF_DOCUMENT_TOKEN_TO_BE_REPLACED

Four of Nancy Basmann’s work displayed at the Gaylord Opryland Convention Center in Nashville, Jan. 14-16, 2018, as part of International Photographic Exhibit.   Basmann on 15 Jan. received from the American Society of Photographers a Northeast District Medallion Award in honor of her award-w image “Addict”. Basmann was named a … END_OF_DOCUMENT_TOKEN_TO_BE_REPLACED

You heard me.  You know it.  Everyone has some kind of talent – young or old!  So let's get out there and show it!  You've been to First Knight or at least heard all about it.  We've been rocking New Year's Eve here in Windsor for the past five years.  People have come from far and wide to join our … END_OF_DOCUMENT_TOKEN_TO_BE_REPLACED

Community Leaders Call on Congress to Reject the GOP Tax Plan   Corning, NY -- Community, faith, and union leaders rallied together to call on the Senate to reject the GOP tax proposal, which is currently being forced through Congress. If passed, the bill will result in a massive tax hike for millions of working families across New York State. The … END_OF_DOCUMENT_TOKEN_TO_BE_REPLACED