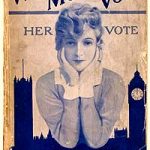 BROOME COUNTY LEGISLATORS OPPOSE “GERRYMANDERED” REDISTRICTING MAP ALERT!  The Legislature has called for a vote quickly on "Map 3" and Indivisible would like a massive turnout for this hastily called session. Here is the County notice and the Zoom login info: N O T I C E PLEASE TAKE NOTICE that a Special Session of the Broome County Legislature … END_OF_DOCUMENT_TOKEN_TO_BE_REPLACED 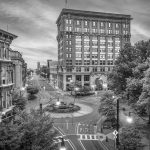 For those of you who have not been following the Broome County Redistricting Ad Hoc Committee meetings, five potential maps were submitted. On Monday night the committee voted by a 6 to 3 vote to accept map #3. At issue is that Map #3 was proposed by the Republicans and is clearly the most “gerrymandered" and least balanced of the proposed maps. Further, … END_OF_DOCUMENT_TOKEN_TO_BE_REPLACED

A Facebook group called Binghamton Believes Survivors of Sexual Assault and a business, Tea and Things called for a "Downtown Shutdown in Response to Sexual Assault" There have been multiple allegations that there have been rapes in three downtown restaurants, The Colonial, Dos Rios, and The Stone Fox. All three restaurants were temporarily closed but The … END_OF_DOCUMENT_TOKEN_TO_BE_REPLACED

The Cooperative Gallery 213 offers entry in the annual Holiday Show for all exhibiting and supporting members. The Holiday Show runs from December 2- 19th and is open First Friday Dec. 3, 5-9 pm, other Fridays 5- 8 pm, Saturdays 11 am to 3 pm, Sundays, 12-3 pm. There will be a reception for participating artists on Thursday Dec 2nd 6-8 pm. For those who want … END_OF_DOCUMENT_TOKEN_TO_BE_REPLACED

On Wed., December 1, the U.S. Supreme Court will hear oral arguments in Dobbs v. Jackson Women's Health Organization, a case aimed at overthrowing the 1973 Roe v. Wade decision that legalized abortion throughout the land.  The National Mobilization for Reproductive Justice calls on all feminists, working-class people, and defenders of human rights to come … END_OF_DOCUMENT_TOKEN_TO_BE_REPLACED

Court says Sanford Town Board Failed to Support its Own Local Law   Residents call for Town Supervisor resignation Appellate Court gives go ahead for turbine project   Contact: Anne Lawrence 917 407 3976 The latest setback in the fight by residents against industrial wind turbines on the steep hills of Deposit and Windsor can be laid unequivocally … END_OF_DOCUMENT_TOKEN_TO_BE_REPLACED