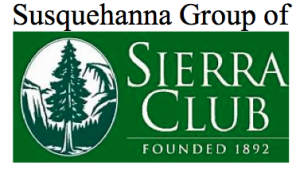 On Saturday, April 27, Tom Neilson (SUNY Cortland 70) and Lynn Waldron bring their satire and social commentary to Binghamton University.
Tom is a story teller who weaves an autobiographical sketch from his Upstate NY dairy farm roots to the Vietnam War, civil rights, liberation struggles in Central America and East Africa, border crossings, pipelines, guns, breastfeeding, parenting, sexuality, reproduction, humanism, lost loves and more…
This show will highlight the connections between climate disruption, social justice and economic suffering that we face now and in the future.
Performing since the age of three, he has played his music in 22 countries on five continents.
His work has resulted in his winning several music awards that includes two Song Of the Year Awards from Independent Musicians and a 2015 nomination for the United Nations Nelson Mandela Award for lifetime achievement in peace and justice.
In 2017, he received the Arab American Women Association Award for Global Education Through Performance Art.
Michael Stock of WLRN, Miami, FL says “Tom does a great job of reminding people of what is really important, and the power of folk music to say it.
The 7 pm concert is in Lecture Hall 14 and is free and open to the public.
It is co-sponsored by the Binghamton University Environmental Studies Department and the Susquehanna Group of Sierra Club.
For venue information call 607-341-3746