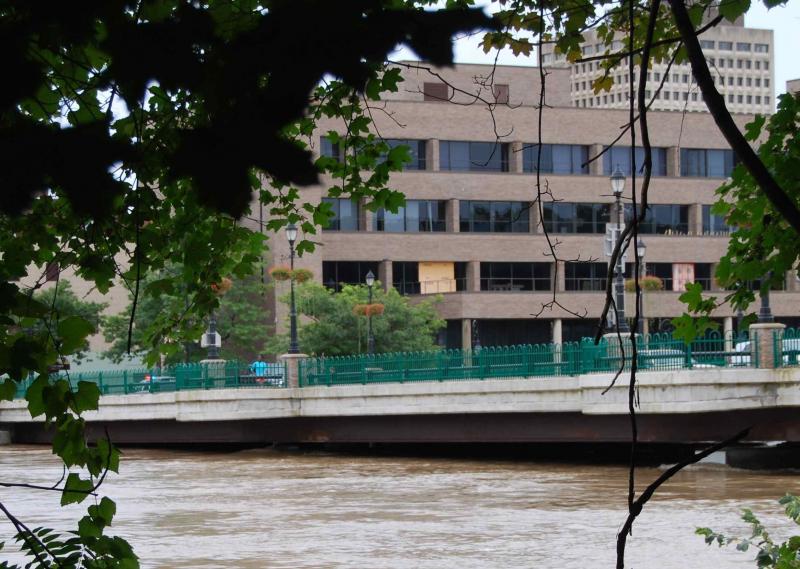 Flood stage is at 12 feet but the river is now at 25 feet, give or take a few inches. Downtown Binghamton is deserted and 20,000 residents have been evacuated including those in neighborhoods in the First Ward, Conklin Ave., and the East Side. 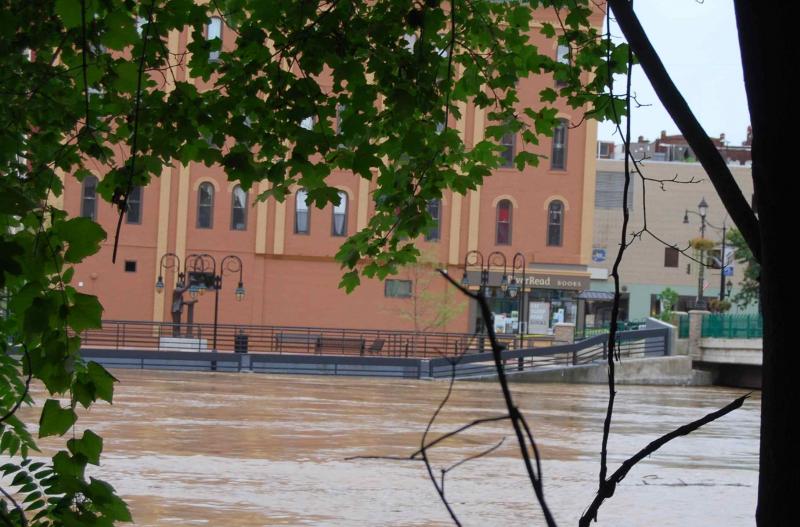 The 2006 flood came up over one of the flood walls, which were built after the 1936 floods, and still holding, although several leaks were discovered. 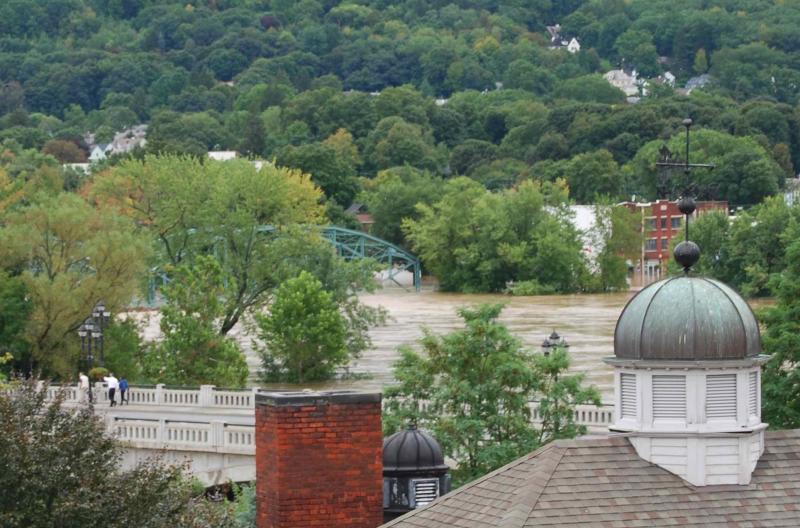 There was no repair of them after the 2006 floods. This river is spilling over the flood walls on both of the rivers that define Binghamton, but so far the walls have held and a bigger catastrophe has been avoided. 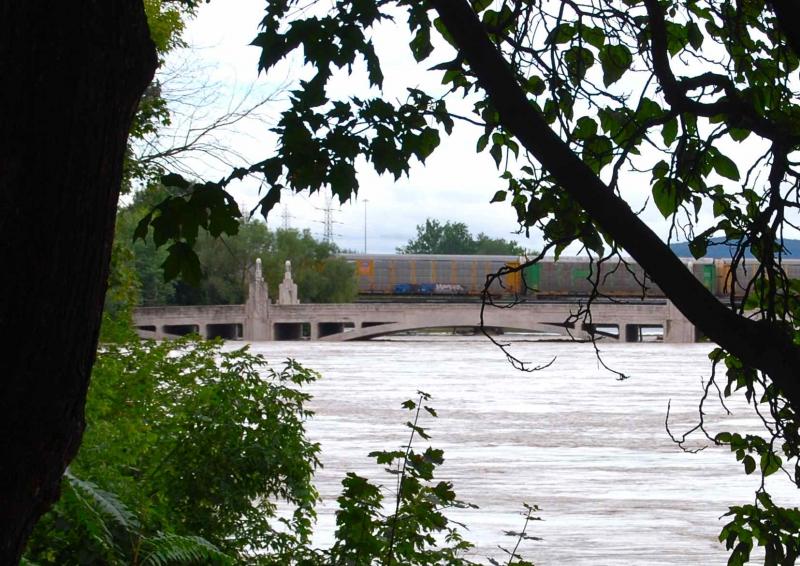