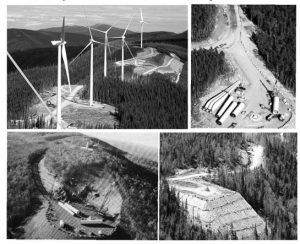 A disturbing disclosure at last night’s meeting indicated that the Industrial Development Authority (IDA) had already included PILOT money in their 2021 budget before they even voted on accepting new financial terms for an industrial wind project in eastern Broome county. This revelation shows that county and state authorities hold the concerns of local people in utter contempt.

Local voices were drowned out by an onslaught of union workers and leaseholders who will be making money from this destruction. Using the budget deficits and job losses resulting from COVID as a final ‘crutch’, Jason Garner, Broome County executive, once more insisted that the IDA should approve the wind project.

The meeting heard Bluestone representatives make false claims that “they had never intended to keep the eagle kill numbers from the Bayesian risk model a secret”’ and wrongly argue that they could not do anything about the disturbing lighting that would come with the turbines. 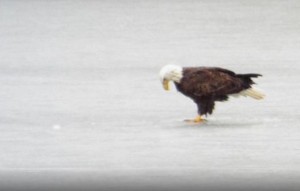 Anne Lawrence, co-chair of Broome County Concerned Residents (BCCR) said, “The IDA had an opportunity to correct some of the gaping holes that the Article 10 left in the project design and we were hoping they would use their authority to add some protective minimal conditions, like compliance with our local law, to rewarding a PILOT. But sadly, they didn’t. The meeting made it clear once more – it is ALL about the money. The state and county administrators don’t care about anything else. But we do.”

She urged the many disappointed people that, “We need to keep our ‘eyes on the prize’ and move forward with renewed determination to fight for the eagles, for our local law to protect our health, and to make sure the world will hear about how destructively and mindlessly the renewable energy push is being rolled out in upstate New York, despite the threat to the environment and human lives.”