As the marriage equality debate approaches the final days in the New York State Senate, the bill is now only one vote short of passage. Religion has played a significant role on both sides of the debate. Today a number of clergy from different Southern Tier communities of faith voiced their support for marriage equality. They point out that access to marriage is a fundamental human right and one that is consistent with their faith traditions. These are the clergy who have issued statements of support (complete letters/statements follow):

Statement in Support of Marriage Equality

I stand in support of full civil marriage rights for same-sex couples. The Union of Reform Judaism has a long-standing commitment to welcoming gay and lesbian couples into our communities and congregations. Loving couples, regardless of gender or sexuality, sit in our pews and strengthen our communities. Our religious values and principles affirm that we are all created b’tselem Elohim, in the image of God, and charge us “to love our neighbor as ourselves.” As a Reform Rabbi, I am proud of this welcoming tradition and remain committed to the fight for equality in our state. I am committed to working to enable same sex couples and their families to share equally in the responsibilities, protections, and commitment of marriage.

In his inaugural teaching moment, Jesus stands before the congregation and reads aloud from Isaiah: “The Spirit of the Lord is upon me, because he has anointed me to bring good news to the poor. He has sent me to proclaim release to the captives and recovery of sight to the blind, to let the oppressed go free, to proclaim the year of the Lord’s favor” (Luke 4:18-19). As a person of faith I believe it is my responsibility to participate fully in Jesus’ ministry of healing and seeking to bring about freedom for those who are oppressed.

The current laws prohibiting marriage between two persons of the same sex constitute an ongoing situation of oppression and captivity for lesbian, gay, bisexual and transgendered individuals. This community asks no special privileges, only equal rights and protections under the law and the opportunity to live in peace and freedom with those whom they love.

Believe it or not, some churches actually celebrate the diversity of humanity, and rejoice in the gifts of the LGBTQ community, and then even beyond tolerance, affirm the God givenness of all their lives, including their sexuality.

First Congregational Church of Binghamton unanimously adopted a statement that is rooted in our theology, namely that we are all children of God, the essence of the Law and Prophets lies in love, we should not judge, but rather practice the Golden Rule. We hold fast the vision of Jesus’ prayer, “that they all may be one.”
But humanity has a long, tragic history of judging – making distinctions between people – against different races, or gender, and now sexuality. Enough! It’s time to stop.

Therefore we stand with those of the LGBTQ community hoping they will be given the basic right to marry those they love. May New York become the sixth state to see the justice of this.

Standing between an individual and their rights to civil liberties, means denying the call of every member of a civilized society to pursue justice for all. In a country where we pledge allegiance to a flag I proudly raise, a flag that boldly calls for freedom for all people through its red, white and blue stars and stripes, we as a society ought to feel compelled to offer the same inherent freedoms to each and every person regardless of sexuality. I have earned the right to marry because I obey the laws of my community, state, and nation, and because I am of age to marry legally. I have not earned a right to marry because I am heterosexual.

My deep roots, planted firm in the soil of the gospels of Jesus Christ, provide my peace, my love for giving and serving, and also my passion for equal treatment of all people. Jesus Christ, not once in the canonical gospels, speaks against those who are gay or lesbian. As a matter of fact, he diligently pursued taking those people who were rejected, mistreated, and alienated by society, and pushing their issues to the forefront of community politics. It is my hope that those leading this beautiful State of New York would not be fearful of change and difference, but accept those two things as blessings of God and a sign that society is moving forward. I proudly stand for the rights of my LGBQT brothers and sisters.

May the Peace of Christ Be In You.

I firmly believe that all citizens should have the right and opportunity to marriage. Denying the GLBTQ community that opportunity goes against my belief that all of us are created in the image of God.

It’s amazing to me that this debate is still so wrapped up in religious jargon. As a person that values faith very much, it’s even more mind-boggling that the majority of the rhetoric against marriage equality has come in the name of what God wants. “What God wants” for my life is important. That’s where prayer, reflection, study and personal accountability come in. The state cannot dictate what God wants, however; I dare say they would be quite poor at discerning such things. Why are people so quick to distrust the government in affairs as trivial as money, but rush to defend the idea that the state should be enforcing a particular interpretation of “God’s law.” I believe God values ALL families. I hope the state can extend us the mere courtesy of marriage equality.

Over my dozen years in ministry I have officiated at many same-sex “Holy Unions,” non-legal ceremonies that recognize and honor the commitment and love between two people. The first service of union done by a Unitarian Universalist minister for a same-sex couple was reportedly done in the late 1950s.

As a Unitarian Universalist minister, I am proud our out long history of honoring and celebrating the love between two people regardless of their sexual orientation. We joyfully name and bless the spiritual bond between them. It is time for more states to catch up and give legal backing to these marriages. I look forward to the day when all my friends – straight or gay – can say “I do” in New York State.

Some have condensed their objection to gay marriage into a formula they then claim is derived from biblical teaching. Example: “Adam and Eve = marriage = one man, one woman”.

By doing so, they strategically and politically avoid the inclusion of other biblical texts regarding sexual behavior, also to be found in the Bible.

Take concubines. Apparently, many of the biblical worthies did! Allegedly the wisest man in the world, Solomon had 700 so-called concubines, (essentially, sexual accessories) in order to supplement his 300 wives. The practice of concubinage, not to mention plural marriage, is firmly rooted in biblical writings.

According to another Bible regulation, a man who gets caught raping an unmarried woman has to pay her father 50 shekels. The rapist is then required to marry her and he may never divorce her. What would that formula look like?

Unclaimed Women = sexual property of men = 50 shekels.
Straight out of the scriptures. (Deuteronomy 22:28)

Paul, who penned about half the New Testament, preached against getting married unless mutual lust between the two parties was virtually uncontrollable. What advice about marriage would he offer in 2011?

One can prove almost any point of view has merit by carefully cherry– picking Bible verses. It’s an old trick.

So, rather than exploiting a small sampling of the sex code from an ancient culture, might it not be wiser to adhere more carefully to the timeless themes within the Bible?

A good place to start might be with this, from Jesus: Do not judge others so that you will not be judged.

Or this interpretation from a Hebrew text: What does the Lord require of us but to seek justice, love kindness, and walk humbly with God.

That is not just a formula, that is the heart of God’s word.

I encourage our political leaders to pass legislation for marriage equality. While I certainly understand that some have religious objections to same gender marriage, our nation is founded on principles of liberty and equality. Religious views will of course influence the views one holds, but no single religious perspective should dominate our nation’s laws.

I am an Episcopal priest with strong religious views. Many of us do not see a conflict between same gender marriage and our religious faith; in fact, our religious faith inspires us to work for equality and justice, based on the inclusive nature of the actions and teachings of Jesus of Nazareth. I am hopeful that we will move forward in our efforts for an open and tolerant society.

DUE TO TIME CONSTRAINTS, THE FOLLOWING CLERGY HAVE NOT YET HAD AN OPPORUNITY TO ISSUE STATEMENTS, BUT HAVE DECLARED THEIR FIRM SUPPORT FOR MARRIAGE EQUALITY: 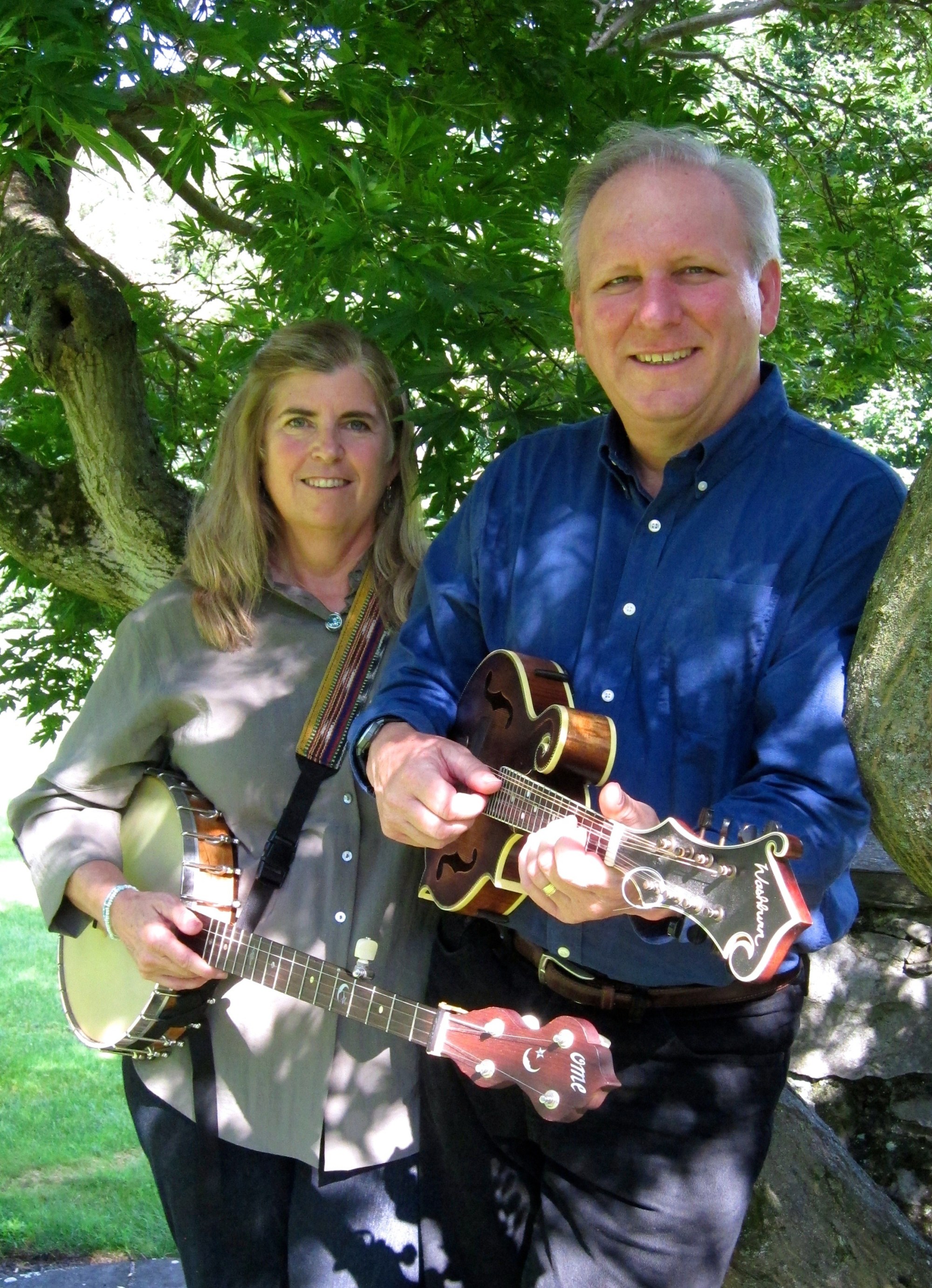