Disclaimer: I’d previously been diagnosed as having “bipolar disorder” and had been awake for three days (popping Adderall) when I was picked up in the SWAT vehicle. 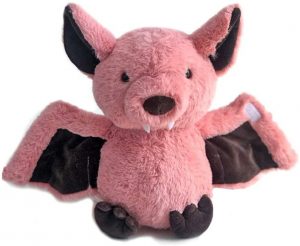 My motives for sharing are simple: I want to demonstrate resiliency; I want to feel strong; I want to feel like I have grit, and I want to heal by helping other people. It’s taken me awhile to find enough gratitude to tell it in a way where these things can be true. Someday, I’ll write about the rest.

It was the middle of June. I was feverishly writing grants for a project that I was working on and completing assignments for an online class. I typically listen to music while I work, and played the video for “Culture Club’s, Do You Want to Hurt Me. The video that was displayed first in the search rank was riddled with “demon like” symbolism. This wasn’t the official video.

At first, I was proud of how quickly I noticed, “ha, they can’t fool me. I spotted the fake right away!”, I thought. But the joke was on me. Addiction has a way of distorting our thinking. I’m not quite sure how I slid down this slippery slope, but somehow, this fake video morphed into an angry protest against my family who was trying to get me treatment. It seemed unjust! “Damnit, I’m not crazy!”

I knew I was high, but this distinction doesn’t make the sloppy logic of addiction more rational. At the time, the most important thing was protecting my supply. I didn’t want to stop taking Adderall! I’m an addict, I like the way getting high feels; I especially liked being able to co-sign this buzz with the “seemed” expertise of a physician.

While defending my mountain of orange pills, my thinking became twisted. I saw those trying to get me help as the enemy. In my mind they were somehow attacking my right to gender identification. To that end, protest I must!

I put on my Prince t-shirt and grabbed a stuffed animal- a small pink bat; “ha! I’m still not afraid to be me”! Take that, it’s the bat signal, I thought, and proceeded to run around town. If it sounds bizarre, imagine how it looked.

When the police showed up, they couldn’t have possibly known about the “Boy George” video. I’m not sure why they picked me up in a SWAT vehicle, but perhaps they were trying to save me the cost of an ambulance ride. Sometimes we have a hard time empathsizing with the police and while there are some bad apples- a majority are duty-bound to serve and protect. I see them as fellow soldiers. There was no violent struggle, but I was scared. I was worried that I might not be going to the hospital and to that end was relieved when I arrived.

Next week, I’ll share what it was like inside. I’m hopeful that these experiences can help shape a “care-based economy”. In the meantime, please don’t hesitate to reach out with any questions.