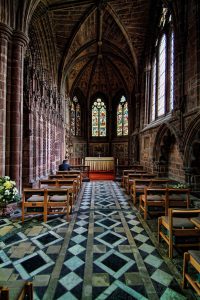 The Cooperative Gallery 213 and the Two Rivers Photography Club announce the winners of the 9th Bob Johnston Photography Show and Competition at the opening on First Friday January 3, 2020. The Show continues through Saturday, January 25, at 4pm when the People’s Choice prize will be awarded. Kirk and Leslie Van Zandbergen, fine art photographers, judged nearly 90 photos, choosing a Best of Show, two each of Judge’s Choice in Color and Black and White and eight Honorable Mentions. “Now in its ninth year, this Photo Competition attracts the best photography in the Southern Tier in both black and white and color,” according to Geof Gould of the Cooperative Gallery. Judges evaluate the entries without knowing the identities of the photographers. 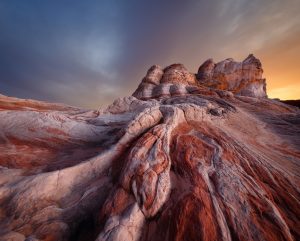 Philip Nelson won Best of Show for his photo of the interior of a chapel, entitled “Not Alone.” In Judges’ Choice, Black and White, George T. Holdredge won for his photo “Grandfather’s Hat” and Karen Kuff-Demicco won for her solar plate entry. In Judges’ Choice, Color Jessica Fridrich won for her Southwest landscape, “Visceral,” and Barry Biddle won for “Bringing Home a Final Touch” a dramatic picture of a flying bird. 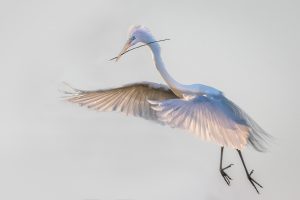 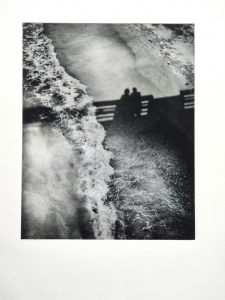 The reception for the photographers, friends, and the public will take place January 3rd at the First Friday Art Walk from 6-9, with gallery hours starting at 3 pm that day. The Exhibit will be open Fridays 3-6 pm, Saturdays 12-4 pm and by appointment until January 25th. Prizes and cash awards for the winners will be announced at First Friday, January 3rd at 6:30 pm at the reception. This year there will also be a People’s Choice Award with voting throughout the show and announced on Jan. 25th at 3 pm.

The Competition is named for Bob Johnston, a lifelong photographer and a gallery member who died in 2010. “Bob Johnston was an ‘Ansel Adams’ kind of photographer who worked mostly in black and white film and favored both urban and natural landscapes,” said Bill Gorman, also a photographer and gallery member. Bob Johnston defined a good photo this way: “For me, the successful photograph is one in which both the abstract elements and the subject matter of the image reinforce each other to provide an emotional experience for the viewer.” 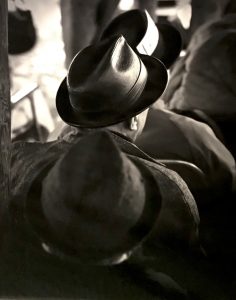 The Two Rivers Photography Club (www.2rpc.com) has monthly meetings, skill building sessions, and competitions throughout the year. The Cooperative Gallery is located at 213 State St in Binghamton and is a popular stop on the First Friday Art Walk, now sponsored by the Broome Co Arts Council. More information on its Facebook page Cooperative Gallery 213 and sign up for a weekly e-news at www.coopeartivegallery.com.

Photos of winners on request for publication.

November at the Cooperative

November at the Cooperative