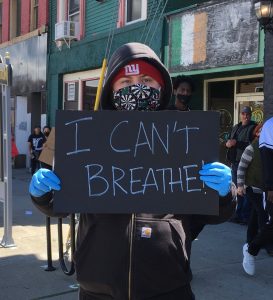 According to Spectrum News at least a thousand people marched through Binghamton to protest George Floyd’s death at the hands of Minneapolis Police and systemic racism and violence against people of color. There were actually two planned marches, one originating at MLK Promenade to the Governmental Plaza, sponored by PLOT and the other larger at Binghamton High School to Rec Park where a rally was held. This action was sponsored by several organizations including College Progressives and PLOT. 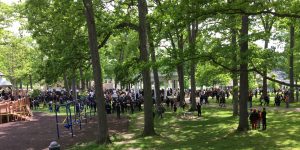 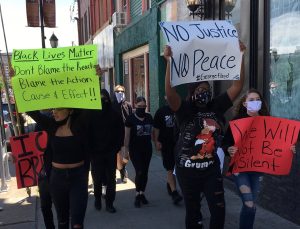