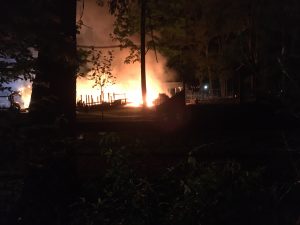 A major portion of the Children’s Play area at Recreation Park in Binghamton  was destroyed by fire, presumably arson in the early hours of June 1st. The location was earlier on Sunday the site of a massive and peaceful demonstration protesting police brutality and the murder of George Floyd in Minneapolis. Organizers took steps to watch for those who would disrupt or discredit the Black Lives Matter protests. Some organizers acted as a buffer around police. 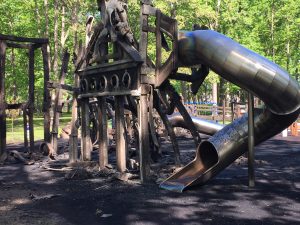 The fire was reported at 12:45 am and flames were fierce; some neighbors were evacuated. Damage was major and fire inspectors were on the scene.

More news as it develops.