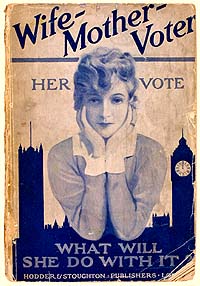 Post Suffrage poster: Gerrymandering was not what she had in mind.

ALERT!  The Legislature has called for a vote quickly on “Map 3” and Indivisible would like a massive turnout for this hastily called session. Here is the County notice and the Zoom login info:

2022-01 RESOLUTION ADOPTING LOCAL LAW INTRO. NO. 1 OF 2022, ENTITLED: “A
LOCAL LAW AMENDING SECTION 201 OF THE BROOME COUNTY CHARTER
AND ADMINISTRATIVE CODE REGARDING LEGISLATIVE DISTRICTS”
PLEASE TAKE FURTHER NOTICE, that members of the public may attend in person or observe
via Zoom videoconferencing at https://broome.zoom.us/j/84446425887,

At Monday’s meeting, the Administration Committee of the Broome County Legislature voted to adopt a legislative district map that would preserve the status quo for voters for another 10 years. The vote was split along party lines, with all 3 Republicans in support and both Democrats opposed.

The committee members voting against the resolution expressed concerns that the proposed map was not in the best interest of Broome County residents, and did not meet the letter or spirit of legislation passed by the NYS Legislature and signed into law by the Governor in October 2021. The new law prohibits the drawing of district lines for the purpose of favoring any political party or to protect incumbents’ seats. According to Minority Leader Bob Weslar; “The map does not meet the standards set forth by New York State, nor the expectations of the public. This is, in essence, politicians choosing their own voters, instead of voters choosing their representatives.”

According to Legislator Kim Myers, member of the County Administration Committee; “The intent of redistricting every 10 years based on the Census is to ensure ‘one person one vote’ for all our residents. This map does not meet that standard. We are so committed to equal representation of all Broome County residents, that the (alternative) map we proposed would eliminate my seat.”

The NYS redistricting law now requires that the districts are as equal in population as possible, with the difference between the most and least populous districts being no greater than 5%. The new law also mandates that small towns (defined as less than 40% the size of a full district) shall not be split up into sections, and shall instead remain intact. This preserves the local identity and interests of small towns. The map that was adopted by the committee pushes the maximum allowable deviation to the limit (4.98%), and divides the Town of Maine into three districts, which is illegal, and unfair to the residents of Maine and all of Broome County. Several alternative maps were submitted that were more equal, met every priority in the law, and were fair to all residents, and were rejected.

A public hearing was held last week on very short notice, announced on Dec 23d and held on Dec 28th. Despite this, dozens attended and all participants spoke out unanimously against the proposed map, including Town of Maine Supervisor Jim Tokos and Town of Union Supervisor Rick Materese. The committee did not consider a single public comment. Broome County residents deserve better.