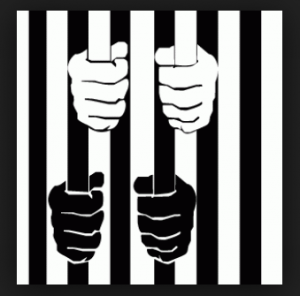 If you still think dehumanization is BLARNEY—-
According to the Broome County Sheriff Dept Annual Report there is an inmate grievance policy. Supposedly that would mean an inmate could report a difficulty or seek help about a situation.
At the Broome County Jail “The chief administrative officer (Sheriff) or his designee ensures that each grievance is investigated to the extent necessary by an impartial person. Failure to supply sufficient information or evidence within two days shall be cause to deny the grievance.”
However, the “designated grievance officer” is not available every day to receive complaints; therefore, inmates are not able to even get the Form or comply with the time limits. Such time limits are further exacerbated by the NYS Commission of Correction requirement that the Grievance Form be submitted within five days of occurrence.
An ancillary issue is the Broome County rule that complaints pertaining to an inmate other than the inmate actually filing the grievance are not grievable and may be returned to the inmate by the grievance coordinator. So, if an inmate witnesses someone else in distress or some issue they may not say anything about it. Further, a visitor to the BC Jail cannot take anything in (a grievance form) or give anything to an incarcerated person during a visit.

A cursory review of recent NYS data on the number of SCOC Accepted grievances amounted to .00465658 percent out of hundreds submitted.
A NYS Comptroller Report of 2006 indicated some issues with the grievance process.
First, if the SCOC (State Commission on Corrections) staff believes the complaint is justified and refers the matter to the facility (County) administrator for redress, no further follow-up is required. The staff is not expected to follow up with facility officials to ensure that appropriate corrective action is taken, and the facility is not required to report back to SCOC about its corrective actions. Instead, the complaint is simply closed. In the absence of such follow-up, there is no assurance that appropriate corrective actions will, in fact, be taken.
Second, there is no provision for either supervisory or other independent review in the complaint resolution process. A complaint may be reviewed, and a determination made, by a single individual acting alone. As a result, the determinations may not always be appropriate.

The mentally ill are routinely tortured into withdrawal at the jail by being forced to stop the medications they have been prescribed before entering the facility. This applies to those on heart medication also. Even those with internal medical devices have been forced through the metal detectors, thus being shocked. Inmates who had attained a healthy dosage regimen find themselves not receiving the amount of insulin really needed while in jail. Parents who saw their inmate’s battered face were afraid to report the beating. And report sexual abuse, wellllll.

With an onerous procedure it leaves the public with many questions about behavior at the BC jail. How would we know if the food is not edible, if a person asked for medical help and had no money to call someone, if an inmate in drug withdrawal was incapable of seeking a grievance form, if someone was acting out in mania and incapacitated. There is no local oversight committee for this self-enclosed facility. A typical public safety committee monthly meeting of the BC legislature lasts a maximum of 15 minutes and has no process for public comment. They only discuss resolutions and budgets, not compliance or process. So, if a tree falls in the forest, does anybody hear? If you have concerns about BC Jail contact: http://www.justicest.com/