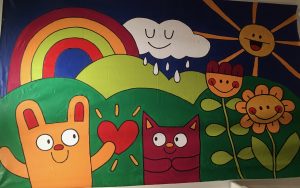 The 5th Annual Mural Fest was held on August 24th at Cheri Lindsey Park on Binghamton’s Northside. Seven eye-popping mural panels painted at Mural Fest will be donated to Theodore Roosevelt School. The Dept of Public Art sponsored master artists and recruited volunteer artists to complete the murals in one afternoon. The theme of the murals is “Kindness” as requested by the School. Over 50 volunteer artists assisted 6 master mural artists finish the murals in one afternoon. 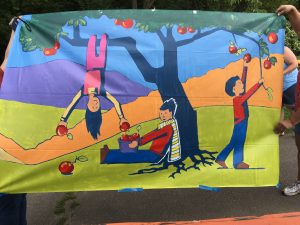 Over 300 children participated in painting a Box City at Mural Fest. The Dept of Public Art created more than 50 upcycled cardboard structures including houses, animals and a Carousel that children painted. “Children loved painting and took it very seriously. One child couldn’t believe that he was allowed to paint a house,” commented Peg Johnston of DPA.

Mural Fest partnered with CARES, a group that gave away 250 backpacks filled with school supplies to Binghamton school children. Mayor David and the City of Binghamton sponsored the Giveaway as well as free ice cream at the event. CARES advocates for school children and provide assistance with learning. 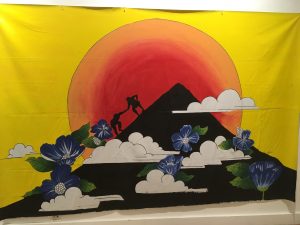 DPA, through its fiscal sponsor, The Center for Gender, Art, and Culture, has received funding from the Community Foundation of SCNY, the Broome United Way, Broome County Hotel/Motel, and a decentralization grant from NYS Council on the Arts through Chenango Co. Arts Council. (This project is made possible with public funds from the Chenango Arts Council’s Decentralization Program,  a re-grant program of the NYS Council on the Arts, with support from Governor Cuomo and the NYS Legislature.)

The DPA sponsored a Mural Fest at Cheri Lindsey Park in 2017 when the bath house mural was painted. In 2018-2019, Mural Fest moved to Floral Ave. Park in Johnson City where six murals were painted on park buildings. The Dept of Public Art was founded in 2012 and is a volunteer group that supports and crea 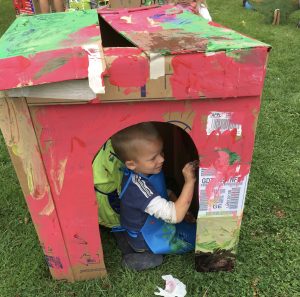 tes art in the public realm.

DPA is now working on a mural in the underpass on Chenango St with painting to commence in the near future. Bruce Greig is the master artist for the project with others contributing smaller portions of the design. 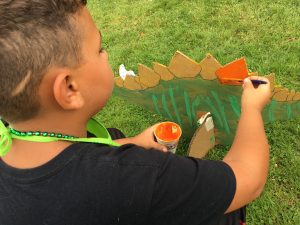