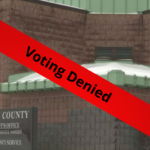 Last year Broome County was the center of national attention and endless robocalls, all focused on our swing-district, congressional race between Tenney and Brindisi—an election settled by a mere 109 votes. In Broome County, even a few votes win an election. Getting out the vote under these conditions becomes a big campaign itself. So too is the game of … END_OF_DOCUMENT_TOKEN_TO_BE_REPLACED