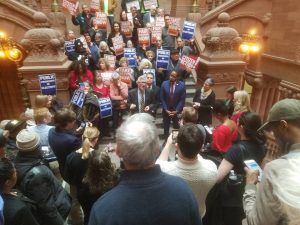 LESS THAN A MONTH TO GO

There is less than a month to go to enact a public financing of elections law this year.  Let’s get this done and allow a greater diversity of people access to the political process.  Let’s reduce the influence of big money and major corporations by giving small donors a fair chance.  Let’s elect people who represent the people.  For more information on the Fair Elections bill in New York go to –https://fairelectionsny.org/

The time is now and you are needed to get this done.

YOU CAN MAKE THE DIFFERENCE – THANK YOU FOR CALLING