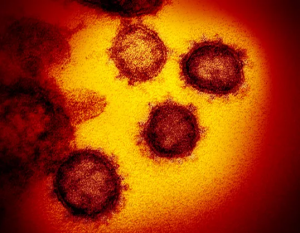 We’ve been down this road before. Amidst an explosion of AIDS deaths we had a president who could not say the word “HIV”. When the opioid crisis hit, it took local Truth Pharm activists months and months to get county officials to recognize we had an opioid crisis, and then many more months to force the county government to record and release the number of deaths locally.

History repeats itself with the coronavirus. As reports around only the second death in the county reveal, the county government can’t seem to track the number of persons with covid-19, tell families of a death, or follow up and track those in contact with the person that died. Writing on county facebook pages, local residents are puzzled why so little information, by comparison to other counties and even the federal government, is forthcoming. What is there to hide?

And the deaths are coming. As JUST and other activists have continuously warned, the virus will predictably blow through the unclean and overcrowded dorms, double-bunked closed cells, and kitchen of the jail, felling the incarcerated and their keepers alike.

The county response? Worse than denialism. While even Trump’s Attorney General begins to release at least some at-risk prisoners, Broome County Executive Jason Garnar says never. Broome County’s Sheriff Harder is even more brazen: jail is the safest place to be if you have the virus. As before, it is more than denialism: it’s a death sentence for those inside and outside the jail.

Justice and Unity for the Southern Tier is running a social media campaign to force elected officials, the District Attorney, and local judges to release as many persons as soon as possible–and provide the resources for them to self-isolate in the community.  Link to the campaign here, #FreeBCJ and #Letthemgo. And for more news, head to the JUST webpage.